Artist: And So I Watch You From Afar
Album: Heirs
Release Date: May 4, 2015
Label: Sargent House
CD / VINYL / DIGITAL / iTUNES

All Songs written & performed by And So I Watch You From Afar
Rory Friers - guitar, vocals
Niall Kennedy - guitar, vocals
Johnny Adger - bass, vocals
Chris Wee - drums, vocals
Produced and Mixed by Rocky O'Reilly & And So I Watch You From Afar
Recorded in Belfast at Start Together Studios, Mandela Hall &  Blackstaff Mill
Engineered by Rocky O'Reilly & Niall Doran
Mastered by Robin Schmidt at 2496 Mastering
Art & Layout by Sonny Kay

Management by Cathy Pellow and Mick Roe for Sargent House

And So I Watch You From Afar

And So I Watch You From Afar
Heirs

And So I Watch You From Afar have applied to their fourth album the same rigorous work ethic that has seen them touring nearly non-stop all over the world in recent years — including less common tour stops like China, Russia, India and Africa. Heirs is both the band’s most painstakingly created album as well as its most personal and meaningful. “Its central theme is about the inheritance of ideas,” the band says. “In that we’re all heirs to other peoples’ passion, which in turn inspires ourselves.”

Many new lives, new imperatives and invigorated perspectives helped shape the 10-song album borne of over 30 tracks written in prolific isolation spanning over 6 months in the band’s Belfast, Northern Ireland home. It’s a work of intense focus and adventurous abandon that reaches to the heart of artistic expression.

“We started making the album while touring in 2013,” guitarist Rory Friers explains. “We would be recording demos in our hotel rooms, back stage and we would even hire out rehearsal rooms during days off.” Being the first album with new guitarist Niall Kennedy (who joined as a touring member in 2012), the band grew increasingly productive taking half a year off from the road and working nearly every waking moment together in their rehearsal room. Friers and Kennedy, along with drummer Chris Wee and bassist Johnathan Adger amassed about 30 new songs, which were then whittled down to 15 tracks. Of those 15, only 10 songs made the final cut, carefully selecting those that best represented the ideas and feelings the band wanted to express with the album.

“Its called Heirs as a tribute to a lot of new people who came into all our lives during the writing and recording of the album — lots of nephews and Johnny had a daughter, Eisa,” Friers explains. “It seems like the songs soaked up all those feelings we had during the writing. Because making the album was such an intentionally intense and full time experience none of us where listening to much other music or even experiencing much else outside of it. So, it feels like a very pure representation of what happens when these four people decide to make music together. It was a very intense time and the record has been shaped by that.”

Album opener “Run Home” kicks things off with a flurry of hammer-on guitar notes and a chorus of voices chanting the two words of the song title as the band races toward the anthem’s explosive conclusion. Elsewhere, Wee’s maniacal double-time rolling toms, Adger’s rumbling heavily-distorted bass and murmuring guitar notes drive the perpetually buzzing (and fittingly titled) “Wasps” as reverb-drenched voices howl above the proceedings until banshee wail harmonized guitars erupt, nearly decimating everything in their path. “A Beacon, A Compass, An Anchor” takes a slow build approach, starting out with melancholy chords fading in to a pulsing 3/4-time driving rhythm section and muted, scraped guitars leading to a soaring harmonized guitar leads. The album title track is also its longest at seven and a half minutes, and fittingly as explorative as all that went into the album’s creation. Staccato guitar chords lead into an impossibly complex time signature as half-time drums and bass drop in while a heavily-effected guitar lead veers throughout the tune. All of those elements converge into an anthemic melody that peaks with a simple, infectious hook in the last 1:27 that ties Heirs up concisely with its deliberate, determined power.

Heirs will be available everywhere on LP, CD and download on May 4th, 2015 via Sargent House. 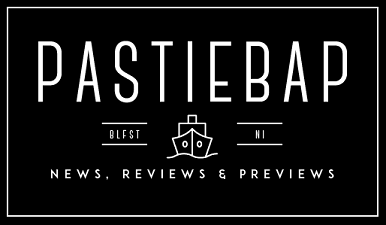